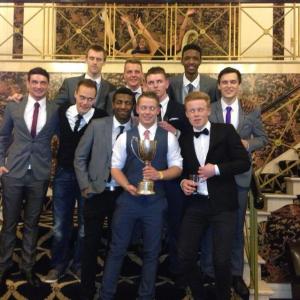 I have been training, coaching and managing adult semi-professional football players who studied at LJMU. Also used interactive presentations to show the players different settings in playing formation and style of play. The main thing that I learned was that each country has its football specific culture and I had to adjust my approach as a result of that. I also used some motivational speeches and videos 'to get the players going'. Hence, team building was a key factor during the season and we won the league, unbeaten.

It was an absolute pleasure to play for Guido and have him as my coach. His attention to detail is superb, I always felt I had a coach who was totally dedicated to the development of the team and individuals. His knowledge through contemporary research is both relevant and beneficial which was incorporated in to the coaching environment bringing evident success to our league winning campaign.
- Dan Mason - player LJMU Men’s First Team