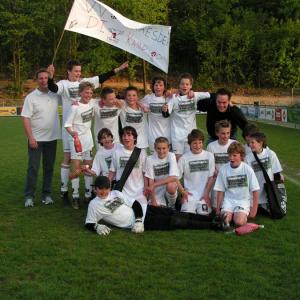 I was involved with several teams either as an assistant (U15s, Girls and Women's) or as a head coach (U11s and U13s). One of my main accomplishments was with the U13s during the 2009-2010 season in which the players' development was immense and winning the league was a nice bonus for the players after working hard for a whole season. This got us promoted to the third national league.

Here is an overview of my other key tasks:

- Designing individual training programs based on their own developed goals to improve tactical and technical skills.

- Developing a tactical team periodization based on our own style of play and age specific factors.

I got to know Guido as a positive, stimulating and a well substantiated coach. A coach with a clear vision of which he knows how to transfer it to the group.
- Rick Sierdal - former assistant coach Schaesberg U13